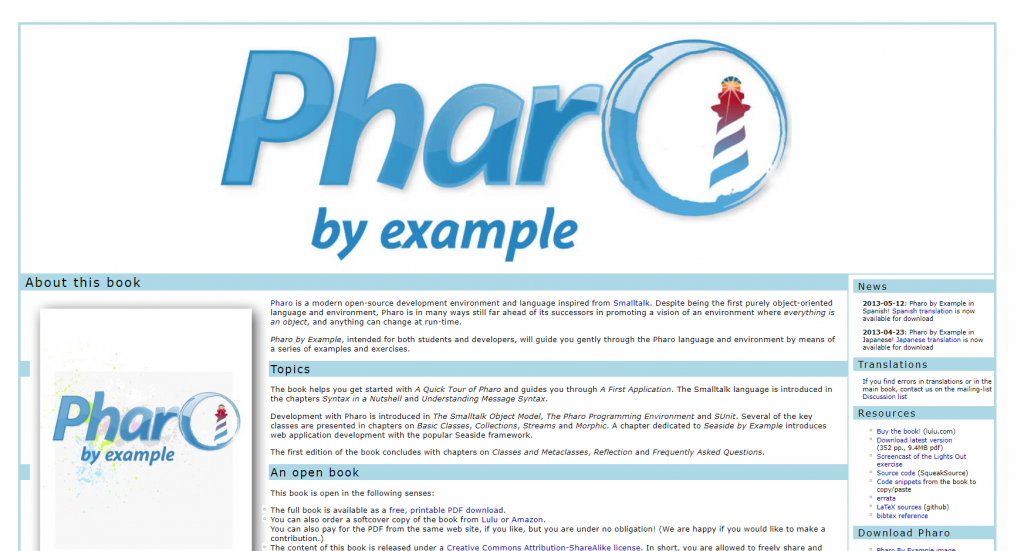 Pharo is a modern open-source development environment and language inspired from Smalltalk. Despite being the first purely object-oriented language and environment, Pharo is in many ways still far ahead of its successors in promoting a vision of an environment where everything is an object, and anything can change at run-time.

Pharo by Example, intended for both students and developers, will guide you gently through the Pharo language and environment by means of a series of examples and exercises.

This book is based on the first release of Pharo. Newer book versions have been released since then.