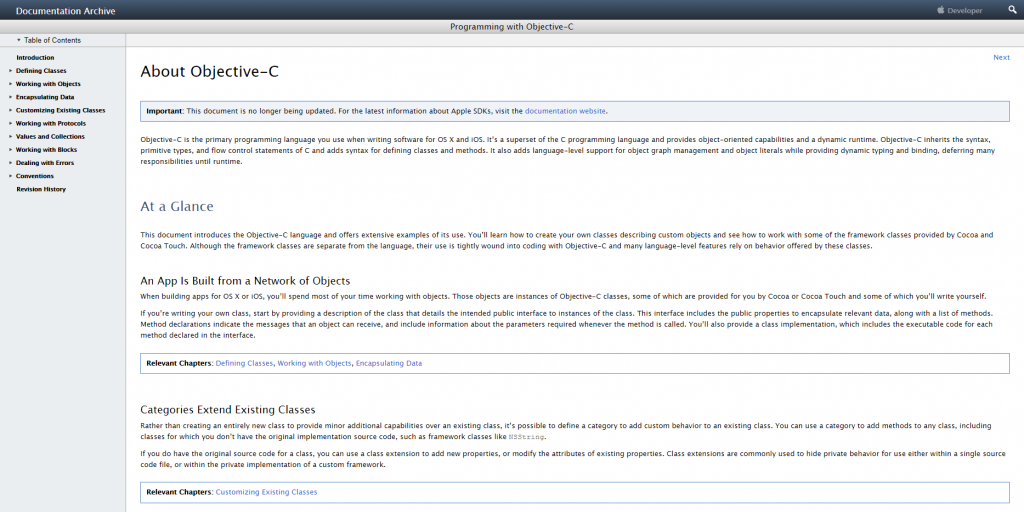 This document both introduces the object-oriented model that Objective-C is based upon and fully documents the language. It concentrates on the Objective-C extensions to C, not on the C language itself.
Because this isn’t a document about C, it assumes some prior acquaintance with that language. However, it doesn’t have to be an extensive acquaintance. Object-oriented programming in Objective-C is sufficiently different from procedural programming in ANSI C that you won’t be hampered if you’re not an experienced C programmer.

Important Note: This document describes the version of the Objective-C language released in Mac OS X v10.6, which introduces the associative references feature. Now, its creator and two leading developers teach you all you need to know to write robust cross-platform software with wxWidgets. This book covers everything from dialog boxes to drag-and-drop, from networking to multithreading. It includes all the tools and code you need to get great results, fast.

From AMD to AOL, Lockheed Martin to Xerox, world-class developers are using wxWidgets to save money, increase efficiency, and reach new markets. With this book, you can, too.

This book covers all you need to build industrial-strength applications with Qt 3.2.x and C++–applications that run natively on Windows, Linux/Unix, Mac OS X, and embedded Linux with no source code changes!

The book teaches solid Qt programming practices; it is not a rehash of the documentation.

Already using Qt or just starting out? Evaluating Qt or managing it? Building open source applications–or commercial applications? Want to develop for Windows without buying an expensive compiler? Whatever your goal, this is the only book you need.