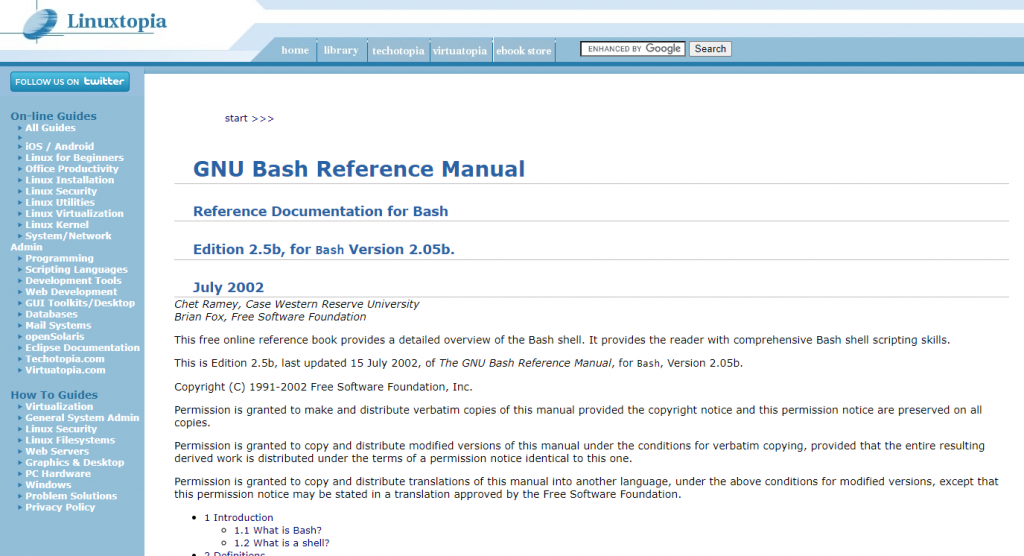 Bash is the shell, or command language interpreter, for the GNU operating system. The name is an acronym for the ‘Bourne-Again SHell’, a pun on Stephen Bourne, the author of the direct ancestor of the current Unix shell /bin/sh, which appeared in the Seventh Edition Bell Labs Research version of Unix.
Bash is largely compatible with sh and incorporates useful features from the Korn shell ksh and the C shell csh. It is intended to be a conformant implementation of the IEEE POSIX Shell and Tools specification (IEEE Working Group 1003.2). It offers functional improvements over sh for both interactive and programming use.

While the GNU operating system provides other shells, including a version of csh, Bash is the default shell. Like other GNU software, Bash is quite portable. It currently runs on nearly every version of Unix and a few other operating systems – independently-supported ports exist for MS-DOS, OS/2, Windows 95/98, and Windows NT.

END_OF_DOCUMENT_TOKEN_TO_BE_REPLACED 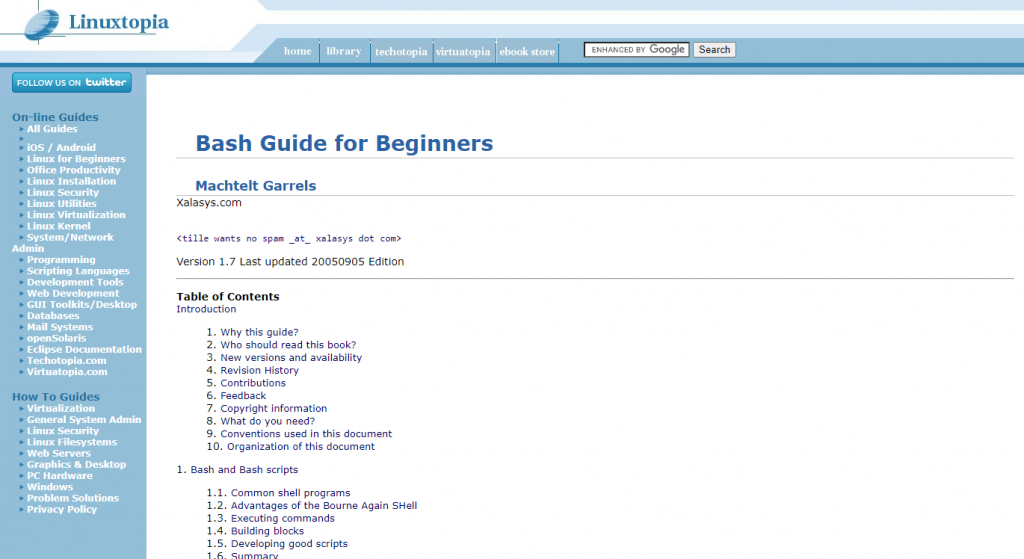 END_OF_DOCUMENT_TOKEN_TO_BE_REPLACED

This tutorial assumes no previous knowledge of scripting or programming, but progresses rapidly toward an intermediate/advanced level of instruction . . . all the while sneaking in little nuggets of UNIX® wisdom and lore. It serves as a textbook, a manual for self-study, and a reference and source of knowledge on shell scripting techniques. The exercises and heavily-commented examples invite active reader participation, under the premise that the only way to really learn scripting is to write scripts.

This book is suitable for classroom use as a general introduction to programming concepts.