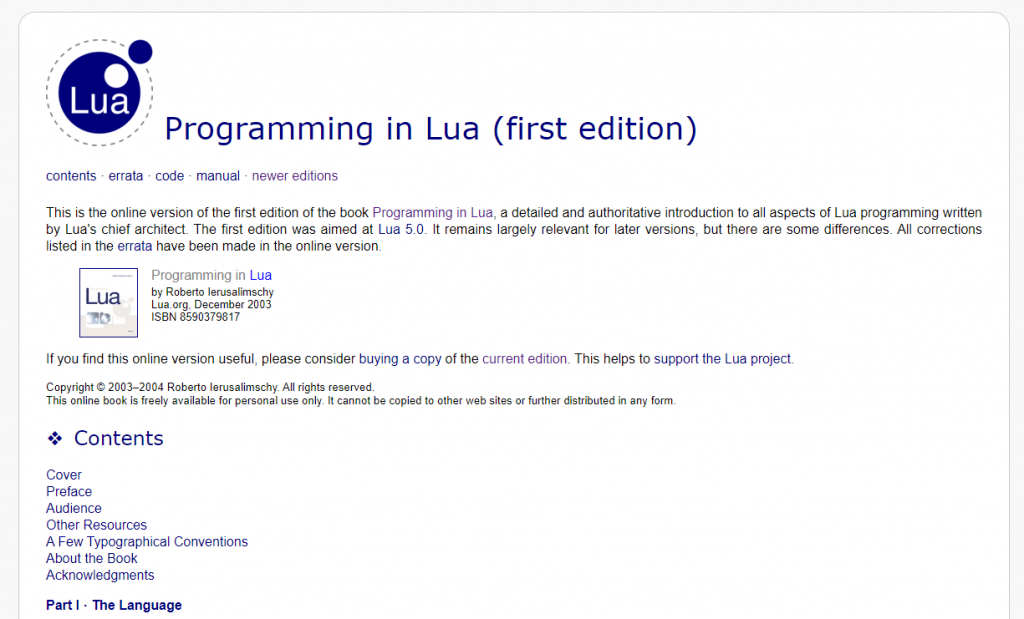 This book is a detailed and authoritative introduction to all aspects of Lua programming, by Lua’s chief architect.

Programming in Lua gives a solid base for any programmer who wants to use Lua. It covers all aspects of Lua—from the basics to its API with C—explaining how to make good use of its features and giving numerous code examples. The book is targeted at people with some programming background, but it does not assume any prior knowledge about Lua or other scripting languages.

This is the online version of the first edition of the book Programming in Lua, aimed at Lua 5.0. It remains largely relevant for later versions, but there are some differences. All corrections listed in the errata have been made in the online version.

END_OF_DOCUMENT_TOKEN_TO_BE_REPLACED

Sponsor Advertisement
As an Amazon Associate I earn from qualifying purchases made through Amazon links appearing on this website.