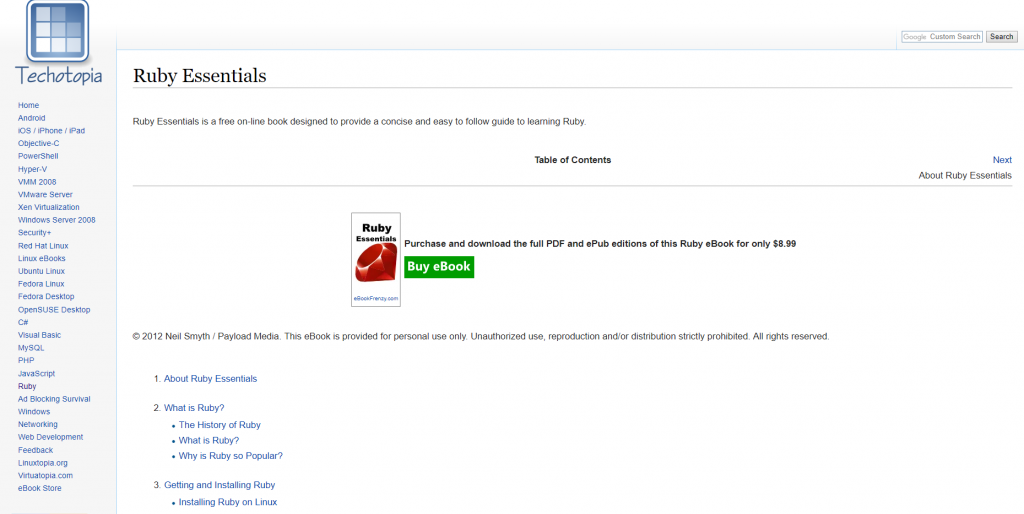 Ruby Essentials is a free on-line book designed to provide a concise and easy to follow guide to learning Ruby. Everything from installing Ruby and the basics of the language through to topics such as arrays, file handling and object-oriented programming are covered, all combined with easy to understand code examples which serve to bridge the gap between theory and practice.