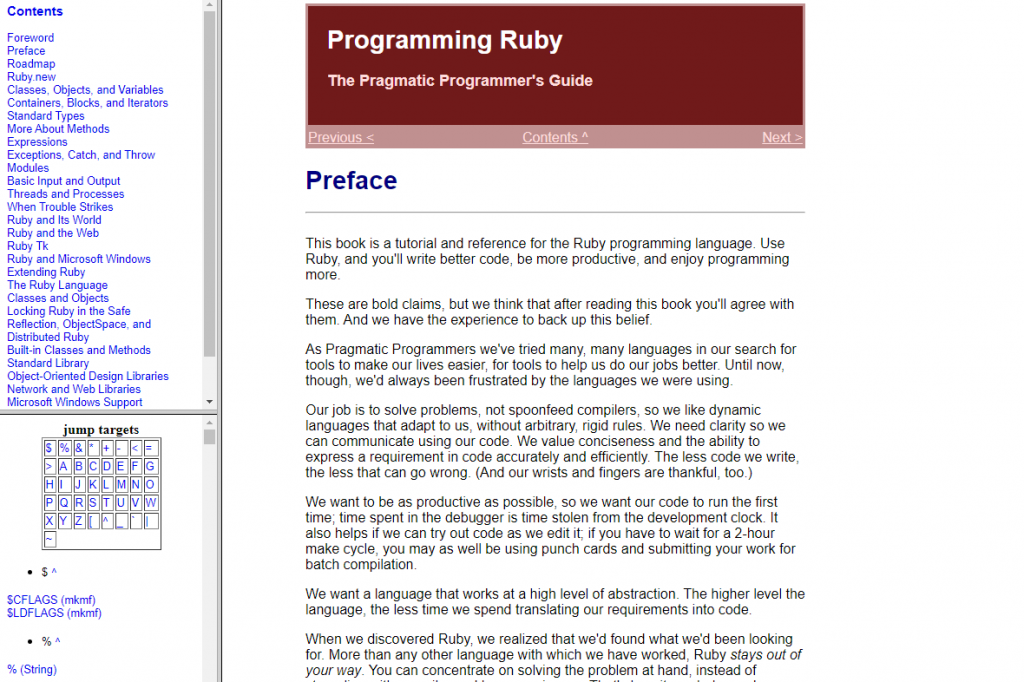 Ruby is an increasingly popular, fully object-oriented dynamic programming language, hailed by many practitioners as the finest and most useful language available today. When Ruby first burst onto the scene in the Western world, the Pragmatic Programmers were there with the definitive reference manual, Programming Ruby: The Pragmatic Programmer’s Guide.

In the Ruby community, this book is commonly known as “The PickAxe” because of the pickaxe on the cover.

The book is now in its fourth edition, and the complete first edition of this book is freely available under the Open Publication License v1.0,