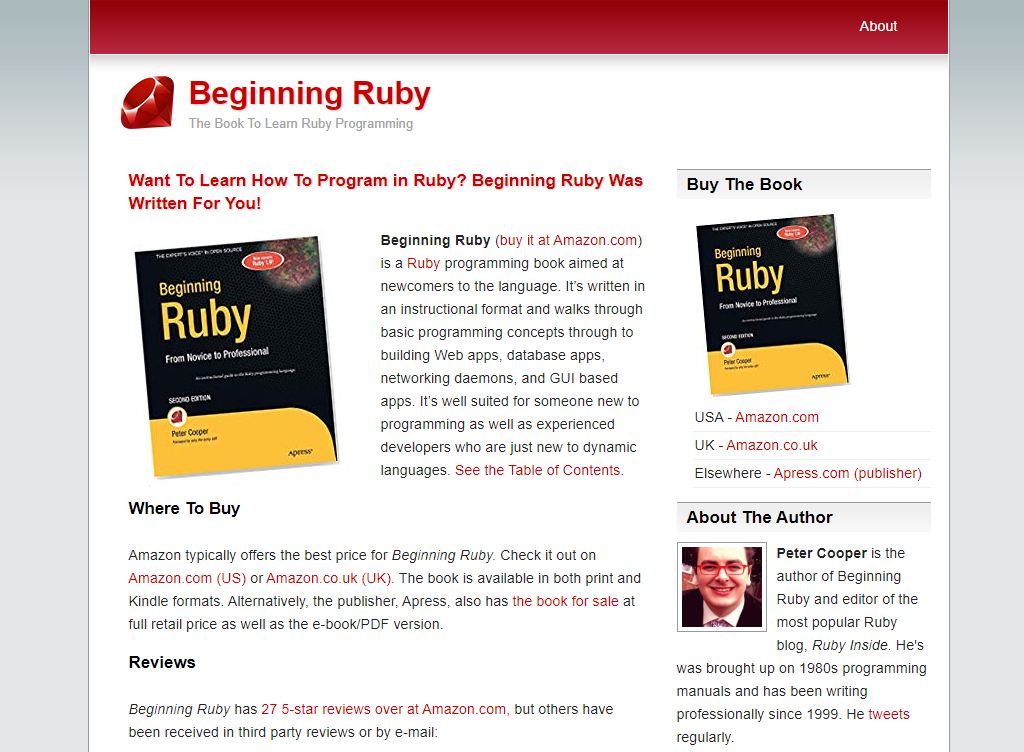 Beginning Ruby is a Ruby programming book aimed at newcomers to the language. It’s written in an instructional format and walks through basic programming concepts through to building Web apps, database apps, networking daemons, and GUI based apps. It’s well suited for someone new to programming as well as experienced developers who are just new to dynamic languages.