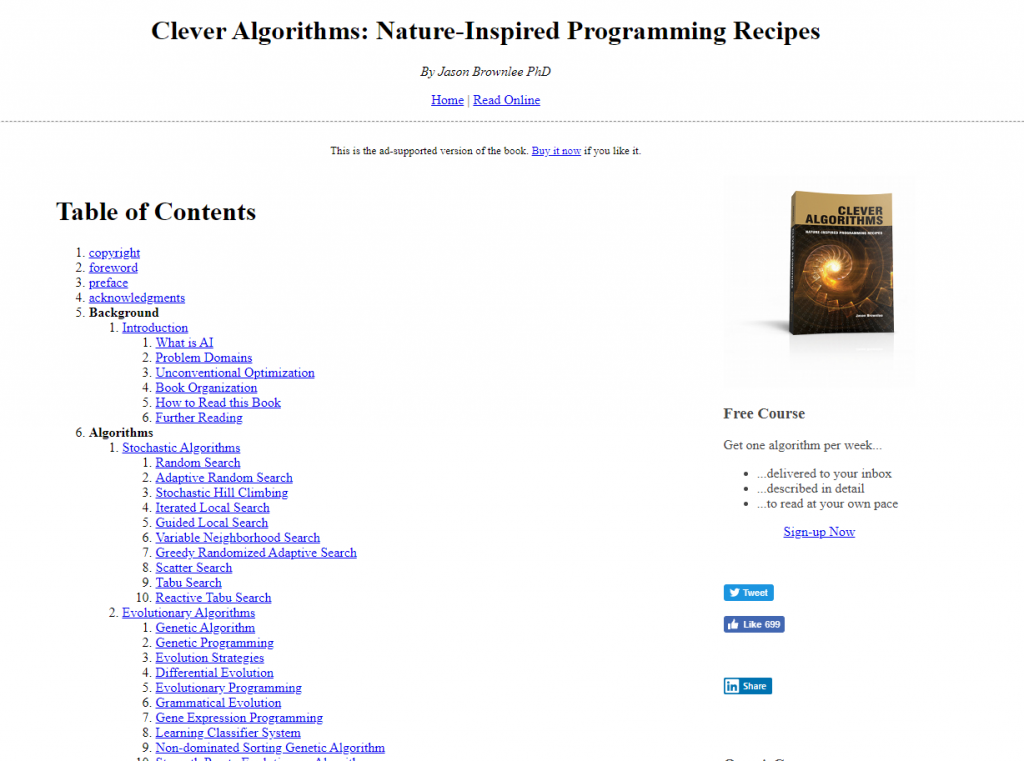 The book describes 45 algorithms from the field of Artificial Intelligence. All algorithm descriptions are complete and consistent to ensure that they are accessible, usable and understandable by a wide audience.

This book provides a handbook of algorithmic recipes from the fields of Metaheuristics, Biologically Inspired Computation and Computational Intelligence that have been described in a complete, consistent, and centralized manner. These standardized descriptions were carefully designed to be accessible, usable, and understandable. Most of the algorithms described in this book were originally inspired by biological and natural systems, such as the adaptive capabilities of genetic evolution and the acquired immune system, and the foraging behaviors of birds, bees, ants and bacteria. An encyclopedic algorithm reference, this book is intended for research scientists, engineers, students, and interested amateurs. Each algorithm description provides a working code example in the Ruby Programming Language.